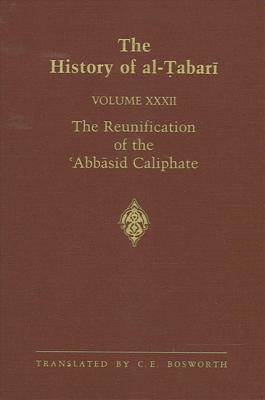 The History of Al-Tabari Vol. 32

The 20 years' caliphate of al-Ma'mum began as a stormy period in Middle Eastern history; after the comparatively peaceful reign of his father Harun al-Rashid, the caliphate was plunged into violent civil warfare in both Iraq and Arabia, involving the sons of al-Rashid, rivals for the supreme authority, and various other sectarian rebels and aspirants for power. Yet once peace was secured and the caliphate lands united once more, al-Ma'mum's reign settled down into one of the most exciting and innovative of the mediaeval caliphate. The Caliph himself was a highly cultivated man who possessed a keen intellectual curiosity and who interested himself in the practical sciences, astronomy and mathematics. He also encouraged the translating of Greek philosophical, scientific and medical works from Greek and Syriac into Arabic and involved himself in theological controversies in which the dialectical techniques of the Greek thinkers were to figure. Tabari's history of this period constitutes a prime source for political and military history. His racy and vivid style, including many verbatim conversations and documents, brings the Caliphate of al-Ma'mum very much alive. A discounted price is available when purchasing the entire 39-volume History of al-Tabari set. Contact SUNY Press for more information.