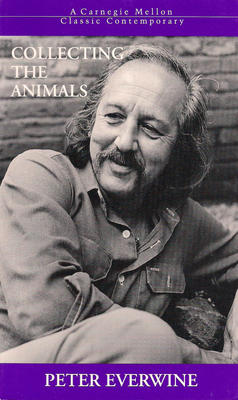 The voice of these poems is clear and strong, rising as it does out of the earth to “the celebrations of the reeds,” living simply and daily among cat-tail, wren, peacock, children, women, “praising the coals of heaven” before settling back like the old men of boyhood “wifeless and half wild, / In stained coats, dying like rainbows / from the feet up.” These are poems of the real triumphs we seldom understand, the visions of dawn and dusk over the fields and cities where we live, poems that finally embrace even the emptiness “tasting its bitten face.” The book also includes a group of superb reconstructions of Aztec poems which, like Everwine’s own work, are sometimes so quiet they are merely a man speaking as plainly as he can of why he lives, and so exact as to be a poetry known long before poetry. That is why they are among the best we have today.

PETER EVERWINE was born in 1930 in Detroit, and raised in western Pennsylvania. He currently lives in Fresno, California, following his retirement from a teaching career. Collecting the Animals was the Lamont Poetry Selection in 1972 and was nominated for the National Book Award.
Loading...
or
Not Currently Available for Direct Purchase