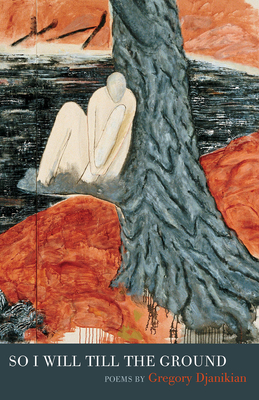 So I Will Till the Ground

Gregory Djanikian's So I Will Till the Ground, his fifth collection of poetry, confronts the horrors of the Armenian genocide of 1915, and the diaspora that ensued, sending survivors to all parts of the world. By turns sorrowful and redemptive, the poems go on to record the author's boyhood in Egypt, and his eventual emigration to the United States and into a wholly different dulture, and a life, however new, lived always under the haunting shadow of the 1915 cataclysm. "These are poems," Peter Balakian has written, that "chart . . . nothing less than a modern epic trajectory" whose narratives "move from the elegiac to the philosophical and to the heartfelt comedy of human love."

Gregory Djanikian has published six previous collections of poems with Carnegie Mellon, most recently Dear Gravity. His poems have appeared in numerous journals and anthologies and have been featured on PBS NewsHour with Jim Lehrer. He was for many years the director of creative writing at the University of Pennsylvania. He lives outside Philadelphia.
Loading...
or
Not Currently Available for Direct Purchase