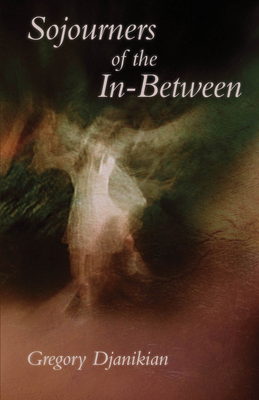 “It’s odd to use the word ‘wise’ with one’s own contemporaries, but that is the word that best describes the appealing and eloquent voice in this collection. It is a voice that knows what it doesn’t know but knows for certain that celebration and naming are the way to be a sojourner in this life where so much depends on what ‘we are willing to risk.’ . . .  In the concluding poem, ‘Thankfulness,’ Djanikian affirms his own thankfulness whenever someone has ‘just played a genius note / or spoken a word that was never there / until it was.’ The lines could well be a description of this reader’s response: thankfulness for the many genius notes and words that are now here in this collection for all of us to be grateful for.”
— Julia Alvarez, author of How the García Girls Lost Their Accents

“In his Sojourners of the In-Between, Djanikian manages to make his home in a present too miscellaneous and too fluid to be defined by any single perspective. By being open to the overlay of plots that seem to constitute the moment, in which beginnings and ends are hidden, he creates an aesthetics of the qualified and the provisional, one that finds value where we don't expect to find it, in the fugitive and the fragmentary. The result is a book moving in its vividness and its candor.”
— Carl Dennis, author of Practical Gods

“One of the most striking features of Djanikian’s lithe and vigorous poems is their refusal to be glum. They don’t ignore grief, they just keep surprising themselves into wonder, then praise—how grateful we might feel for ‘this everything / of being alive together.’ Funny, sad, lyrical, meditative—sometimes all at once—these poems happily reveal the many different kinds of truths the world offers. In this fine collection, Djanikian continues to show us how ‘the old song of the heart’ can be lured into new and important life.”
— Lawrence Raab, author of Mistaking Each Other for Ghosts

Gregory Djanikian has published six previous collections of poems with Carnegie Mellon, most recently Dear Gravity. His poems have appeared in numerous journals and anthologies and have been featured on PBS NewsHour with Jim Lehrer. He was for many years the director of creative writing at the University of Pennsylvania. He lives outside Philadelphia.
Loading...
or support indie stores by buying on
(This book is on backorder)