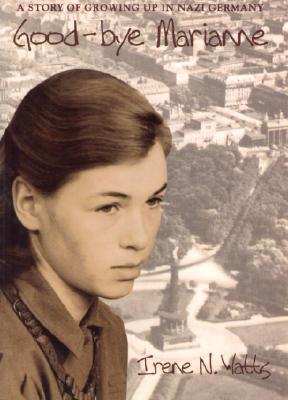 A Story of Growing Up in Nazi Germany

A heartbreaking story of loss and love. As autumn turns toward winter in 1938 Berlin, life for Marianne Kohn, a young Jewish girl, begins to crumble. First there was the burning of the neighbourhood shops. Then her father, a mild-mannered bookseller, must leave the family and go into hiding. No longer allowed to go to school or even sit in a cafe, Marianne's only comfort is her beloved mother. Things are bad, but could they get even worse? Based on true events, this fictional account of hatred and racism speaks volumes about both history and human nature.

Praise For Good-Bye Marianne: A Story of Growing Up in Nazi Germany…

“Watts’s book . . . succeeds because it leaves readers wanting urgently to know what happened next.” — Quill and Quire

Born in Berlin, Germany, Irene Watts was sent to Britain on a kindertransport. Now living in Canada, she is a writer, award-winning playwright, and director who has worked in Canada and Europe in theatre for young audiences.
Loading...
or
Not Currently Available for Direct Purchase