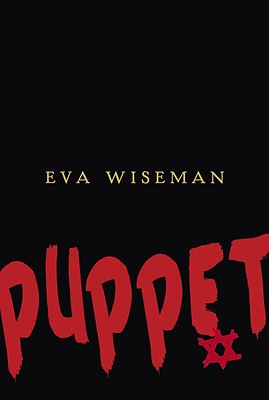 A heartbreaking episode in history, explained through the story of a young servant girl in the late 1800s.

The year is 1882. A young servant girl named Esther disappears from a small Hungarian village. Several Jewish men from the village of Tisza Eszvar face the ‘blood libel’ — the centuries-old calumny that Jews murder Christian children for their blood. A fourteen-year-old Jewish boy named Morris Scharf becomes the star witness of corrupt authorities who coerce him into testifying against his fellow Jews, including his own father, at the trial.

This powerful fictionalized account of one of the last blood libel trial in Europe is told through the eyes of Julie, a friend of the murdered Esther, and a servant at the jail where Morris is imprisoned. Julie is no stranger to suffering herself. An abused child, when her mother dies her alcoholic father separates her from her beloved baby sister. Julie and Morris, bound by the tragedy of the times, become unlikely allies. Although Puppet is a novel, it is based upon a real court case that took place in Hungary in 1883. In Hungary today, the name Morris Scharf has become synonymous with “traitor.”

Once again, Eva Wiseman illuminates a heartbreaking episode in history for young readers.

“The tension builds to the trial scenes, and the climax is electrifying with its public drama on the witness stand and the heartbreak between Morris and his dad. Adults will want this, too.”
—Starred Review, Booklist

“…the book offers a valuable look at a historical phenomenon that contemporary readers would find difficult to comprehend; the subject matter will compel their attention.”
—Publisher’s Weekly