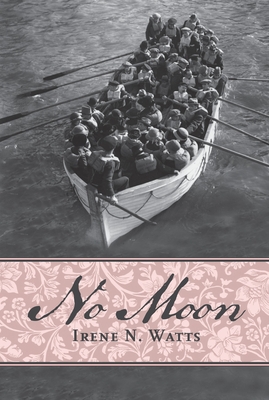 A story of reliance and resilience.Did you call out to us, Johnny, before your small body was dragged down under the water? Why didn't we hear you? I am sorry! I'll never forget.

Louisa Gardener is the fourteen-year-old nursemaid to the young daughters of a wealthy, titled family living in London, England, in 1912.

Despite the bullying Nanny Mackintosh, for whom she is an extra pair of hands, she loves her work and her young charges. Then everything changes. The family decides to sail to New York aboard the Titanic. An accident to the children's nanny, only days prior to the sailing, means that Louisa must go in her stead. She cannot refuse, although she dreads even the mention of the ocean. Memories she has suppressed, except in nightmares, come crowding back.

When Louisa was five and her sister seven years old, their two-year-old brother died on an outing to the seaside. Since that time, Louisa has had a fear of the ocean. She blames herself for the accident, though she has been told it wasn't her fault.

If Louisa refuses to go on the voyage, she will be dismissed, and she will never get beyond the working-class life she has escaped from.

How Louisa learns self-reliance, overcomes her fears, and goes beyond what is expected of a girl makes No Moon an unforgettable story.

Born in Germany, IRENE N. WATTS is a playwright and writer who has worked throughout Canada and Europe. She has published many award-winning books for children, including Good-bye Marianne, Finding Sophie, Remember Me, Flower, When the Bough Breaks, and Clay Man: The Golem of Prague. Her books have been translated into several languages, including Italian, French, and Dutch. Irene N. Watts lives in Vancouver.

Praise For No Moon…

PRAISE FOR GOOD-BYE MARIANNE, THE GRAPHIC NOVEL:
"... Based on true events, this fictional account of hatred and racism speaks volumes about both history and human nature. "
— MultiCultural Review
or
Not Currently Available for Direct Purchase
Copyright © 2020 American Booksellers Association