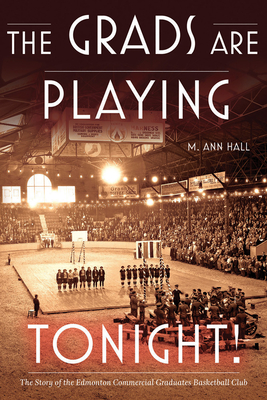 The Grads Are Playing Tonight!

The Story of the Edmonton Commercial Graduates Basketball Club

Between 1915 and 1940 the amazing Edmonton Grads dominated women's basketball in Canada. Coached by J. Percy Page, they played over 400 official games, losing only 20; they travelled more than 125,000 miles in Canada, the United States, and Europe; and they crossed the Atlantic three times to defend their world title at exhibition games held in conjunction with the Summer Olympics in Paris, Amsterdam, and Berlin. Meticulously researched and documented-including capsule biographies of all 38 women who played for the Grads over the years and over 100 photos-the story of the Edmonton Grads will enthrall fans of sport history and women in sport. CTV interview: http: //tinyurl.com/6pxg5aq]

M. Ann Hall is Professor Emeritus in the Faculty of Physical Education and Recreation at the University of Alberta in Edmonton, where she taught for over thirty years. She is the author of two previous books about Canadian women's sporting history.
Loading...
or
Not Currently Available for Direct Purchase