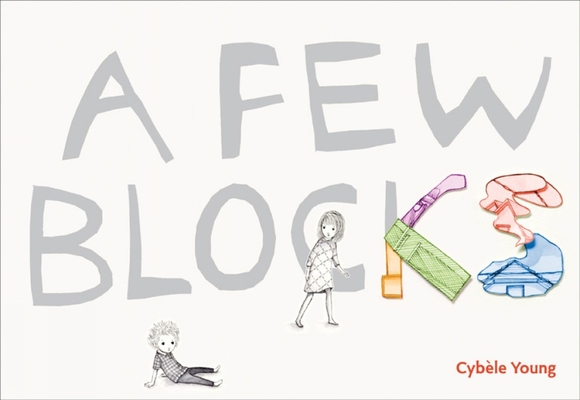 Ferdie doesn't want to go to school, but go to school he must, and fortunately his imaginative older sister Viola paves the way. First she urges him to put on his rocket blaster boots, which enable him to leave the house. When he stalls again she convinces him to take command of a ship in search of buried treasure, and at the next meltdown, she tells him that as a knight, his duty is to fight the fierce fire-breathing dragon who has stolen the princess. But then it is Viola's turn to fall apart, and Ferdie, following her example, draws on his own inner resources and imagination to keep them on their way. The children's fantasy world is beautifully illustrated by Cyb le Young's intricate 3-D paper sculptures, which have been painted with contemporary urban images and then photographed for this book.

Praise For A Few Blocks…

"Beautifully illustrated with distinctive etched-paper collages, this is the rare story in which siblings offer mutual support rather than ripping each other to psychological bitscelebrates creative play and sibling cooperation in a way that feels very real." New York Times

"Young’s latest attempts to be many thingsa foray into a child’s imagination, a touching tale of siblings and a stage for the author’s elaborate paper sculpturesand it succeeds masterfully in doing all threeDavid Wiesner fans should give this a tryAmazing." Kirkus Reviews, starred review

"Many picture books are built on the foundation of children's boundless imagination, and in her first solo effort, illustrator [Young] handles the theme with exceptional grace." Publisher's Weekly, starred review