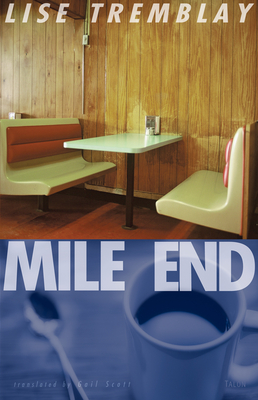 The narrator of this Governor General's Award-winning novel does not have a name. She is simply a grotesque "fat woman," getting larger every day--a clown, a monster, in her own words, with no self, no identity save her enormous mound of flesh, its blubber, its perceived deformity. She is used by men who find her a convenience--for their careers, for a sympathetic ear, for someone to screw. No one thinks she understands anything. She feels displaced. Everyone, they keep telling her, is from "another world," which they are sure she can never penetrate or understand. Not that they really want her to. Her father precariously hosts a popular TV show, in which middle-class people confess the error of their ways, and return perpetually to the safety of the middle road. His family is an embarrassment to him, his daughter a disappointment. Yet within this spreading body crouches the still point of a sharply observant intelligence, a vision unclouded by fantasy or illusions, least of all about herself. Her resignation to her indifferent suburban upbringing, the callousness of her grandparents, her accomplished but talentless musicianship, but most of all to the accusatory criticisms of her pathetically self-involved father, is a tightly-wound emotional spring, set to lash out terribly on a world of blind, and therefore tormenting indifference. Mile End La danse juive, Lemeac, 1999] is a chilling and masterful look at the interior landscapes of psychosis which mirror so perfectly the emptiness of the exterior surfaces they reflect.

Lise TremblayAward-winning writer Lise Tremblay is one of Quebec's most prominent novelists. Her first novel, L'hiver de pluie, was published by XYZ Editeur in 1990 and won the Prix Decouverte du Salon du livre du Saguenay-Lac Saint-Jean and the Joseph S. Stauffer Prize. Following this promising debut, Tremblay continued to wow critics with her skillful craft, winning the Governor General's Award for Fiction with her third novel, Mile End. Gail ScottGail Scott's fiction and criticism have appeared in several journals. She is the author of two novels: Main Brides (1993) and Heroine (1987); Spare Parts, a collection of short stories; and Spaces Like Stairs, a collection of essays. Most recently, she translated Lise Tremblay's Mile End (La danse juive, Lemeac, 1999). She lives in Montreal.
or
Not Currently Available for Direct Purchase
Copyright © 2020 American Booksellers Association