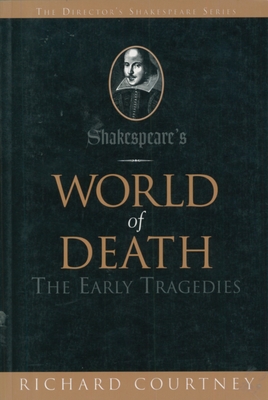 How many ages hence

Shall this our lofty scene be acted o'er

In states unborn and accents yet unknown

Many ages later, we are still enjoying Shakespeare's works. But, too often, his plays are studied as literature, ignoring the fact that Shakespeare wrote plays for living performance. Richard Courtney puts the focus back where it should be, helping us to understand the works of Shakespeare as dramas intended for an audience.

Written for directors and actors, the eight books in the series will also interest theatregoers, scholars, and the general reader seeking a fuller understanding of Shakespeare's works.

The introduction and end notes give helpful information on life in sixteenth century England, its language and beliefs, Elizabethan theatre and stages. Each play is analyzed scene by scene, with background on the history and the leading characters, and reasons for the choice of theme.

From his own wide experience as actor and director, Richard adds anecdotes and examples to illustrate directing challenges and provide practical solutions.