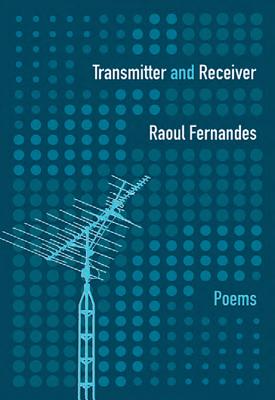 Debut talent Raoul Fernandes's first offering is Transmitter and Receiver, a masterful and carefully depicted exploration of one's relationships with oneself, friends, memories, strangers and technology.

The three parts of this collection are variations building on a theme--at times lonely, sometimes adoring, but always honest. Wider areas of contemplation--the difficulty of communication, the ever-changing symbolism of language and the nature of human interaction in the age of machines--are explored through colloquial scenes of the everyday: someone eats a burger in a car parked by the river ("Grand Theft Auto: Dead Pixels"), a song plays on the radio as a man contemplates suicide ("Car Game"), and a janitor works silently once everyone else has gone ("After Hours at the Centre For Dialogue").

Forthright and effortlessly lyrical, Fernandes builds each poem out of candor and insight, an addictive mix that reads like a favourite story and glitters with concealed meaning. Rather than drawing lines between isolation and connection, past and present, metaphor and reality, Transmitter and Receiver offers loneliness and longing hand-in-hand with affection and understanding: "The last assembly instruction is always you reading this. A machine / that rarely functions, but could never without you."

Raoul Fernandes has been writing poetry since childhood, and is involved in both online and offline writing communities. He completed the Writer's Studio at Simon Fraser University in 2009. He was a finalist for the 2010 Bronwen Wallace Award for Emerging Writers, and winner of the 2010 Sakura Award at the Vancouver International Cherry Blossom Festival. His poem "After Lydia" was recently adapted into a short film. He lives and writes in Vancouver, BC.