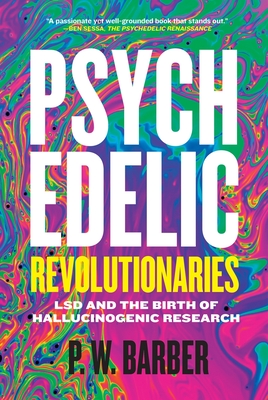 LSD and the Birth of Hallucinogenic Research

Psychedelic Revolutionaries recounts the history of hallucino-genic-drug research in Saskatchewan, Canada, and the roles played by Humphry Osmond, Abram Hoffer, and Duncan Blewett. They broke new ground in the 1950s and 60s in the use of hallucinogens like mescaline and LSD, the formulation of biochemical hypotheses for schizophrenia, and the development of thera-pies to treat alcoholism--until Timothy Leary hit the scene and undermined everything with his public pronouncements.

Delving into the experiments, the researchers, as well as connections to notables like Aldous Huxley, Linus Pauling, and Alcoholics Anonymous Co-Founder Bill W, Psychedelic Revolutionaries examines popularly held myths surrounding the drugs. It shows how the Saskatchewan research made extensive contributions to this scientific field and led to radical innovations in mental health, many of which have applications and relevance today.

P.W. Barber has a M.A. in History from the University of Regina. He has spent the better part of a decade researching, pondering, and writing on the history of hallucinogenic science in Saskatchewan, the birthplace of "psychedelic." He lives in Buena Vista, Saskatchewan.
or support indie stores by buying on
Copyright © 2020 American Booksellers Association