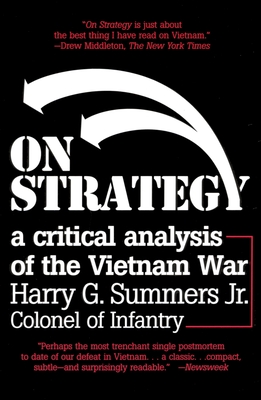 A Critical Analysis of the Vietnam War

Summer's inspired analysis of America's war in Vietnam answers the most pressing questions remaining from that terrible conflict more than a decade before Robert McNamara's painful admissions.

Harry G. Summers was an infantry squad leader in the Korean War and a battalion and corps operations officer in the Vietnam War. He later served on the faculty of the Army War College and worked as the editor of Vietnam magazine and as a nationally syndicated columnist on national defense and security affairs. He died in 1999.
Loading...
or
Not Currently Available for Direct Purchase