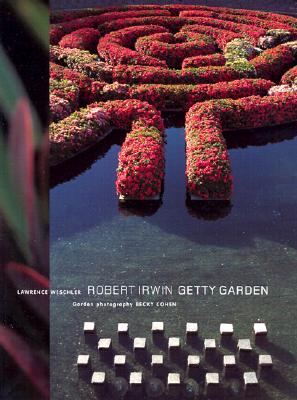 In the early 1990s the design and creation of the Central Garden at the Getty Center were entrusted to the distinguished contemporary visual artist Robert Irwin. Irwin-a member of California's "light and space" movement-was an unexpected choice for this major commission, and his work has aroused intense interest in the art world and among gardening enthusiasts and visitors to the Getty Center. In Robert Irwin Getty Garden, Lawrence Weschler offers a lively account of the creation of what Irwin has playfully termed "a sculpture in the form of a garden aspiring to be art." Weschler's narrative is followed by a transcript of conversations in which he and Irwin, in a series of walks through the garden, discuss in detail the decisions, both philosophical and practical, that shaped the making of this major art work in Southern California. The book contains more than one hundred color illustrations, many of them specially commissioned from photographer Becky Cohen. The photographs capture the stunning variety of colors and textures of the plant forms selected by Irwin. They also reveal the care and precision that went into the creation of each element of the garden environment, from the handrails and lighting fixtures to the huge azalea rings and waterfall that make a visit to the Getty Central Garden an unusually thought-provoking experience.
Robert Irwin has exhibited widely in galleries and museums in North America and abroad.

Lawrence Weschler teaches at Columbia University and Sarah Lawrence College and has been a staff writer at The New Yorker since 1981. His ten books include Seeing Is Forgetting the Name of the Thing One Sees: A Life of Contemporary Artist Robert Irwin and Mr. Wilson's Cabinet of Wonder. Becky Cohen is an artist/photographer.
Loading...
or
Not Currently Available for Direct Purchase