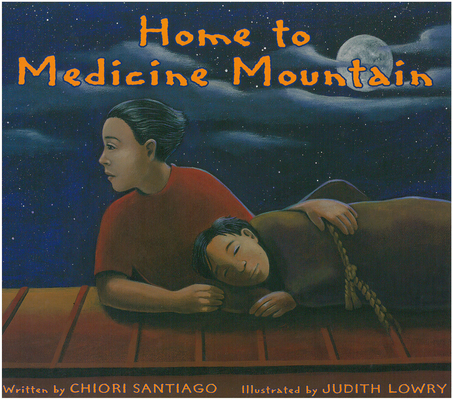 Two young Maidu Indian brothers sent to live at a government-run Indian residential school in California in the 1930s find a way to escape and return home for the summer.

Two young brothers are separated from their family and sent to live in a government-run Indian residential school in the 1930s-an experience shared by generations of Native American children throughout North America. At these schools, children were forbidden to speak their Indian languages and made to unlearn their Indian ways. Sadly, they were often not able to go home to their families for summer vacation.

Native American artist Judith Lowry based this story on the experiences of her father and her Uncle Stanley. Judith and author Chiori Santiago tenderly relate how Stanley and Benny Len found their way home by train one summer. Inspired by their dreams of home and the memories of their grandmother's stories, the boys embark on an adventurous journey from the harsh residential school to their triumphant welcome home at Susanville, California, in the shadow of Yo-Tim Yamne (Medicine Mountain).

Chiori Santiago was an accomplished journalist who wrote for national magazines about the art, music and family life of people from many parts of the world. Always active in community affairs, she was also an arts and music commentator for public television and radio. Chiori died in 2007. Judith Lowry is a nationally exhibited painter of Mountain Maidu, Hamawi Pit-River, and Australian descent. Considered one of California's premiere contemporary Native American artists, she is inspired by the stories passed down in her family. Judith lives in Nevada City, California.
Loading...
or support indie stores by buying on