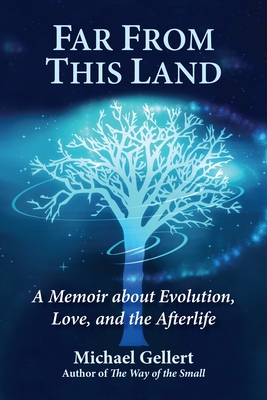 Far From This Land

A Memoir About Evolution, Love, and the Afterlife

This book is inspired by the author’s dreams and visionary experiences in response to brain surgery. Unfolding as a dialogue between different parts of his personality, its story is told from the perspective of an alter ego, a skeptical part of him that could not believe and accept these astonishing dreams and visions. Throughout his story, he is resistant to accepting his near-death experience—an extraordinary one by most standards. He has to fight his way to embracing, reluctantly, the implications this experience has for his personal development as well as his understanding of human evolution. The book explores such topics as the workings of the unconscious mind (dreams, visions, and paranormal phenomena); the evolution of consciousness and of our planet; and the psychological and spiritual dimension of climate change. Though very much about the afterlife, it has profound implications for our everyday lives.

Michael Gellert is a Jungian analyst practicing in Los Angeles and Pasadena, California. He was formerly the director of training at the C. G. Jung Institute of Los Angeles and a humanities professor at Vanier College, Montreal. He lectures widely on psychology, religion, and contemporary culture. Visit him at www.michaelgellert.com.
Loading...
or
Not Currently Available for Direct Purchase