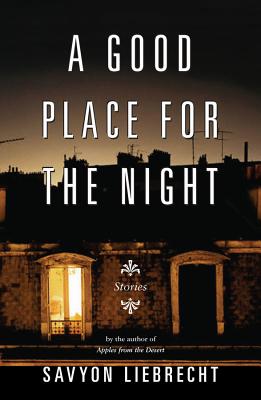 A Good Place for the Night

Thematically linked stories about Israelis in love and in trouble far away from homeby the author of the acclaimed Apples from the Desert.

Savyon Liebrecht, one of Israel's most distinguished and popular authors, has won an avid readership in the U. S. for her rich, believable fiction about affairs of the heart. Her newest collection includes seven long stories named for placesMunich, America, Tel Aviv, Hiroshimaand features Israelis abroad, women and men in love and in trouble far away from home. A woman living congenially in Hiroshima for nine years becomes involved in a love triangle with an American and a Japanese, and learns with chilling finality that she can never be at home in this city of the Japanese holocaust. The tables turn on an Israeli journalist, in Munich to cover the trial of a Nazi war criminal, when he becomes a witness to anti-Arab violence and to the murder of a beautiful Muslim woman he has secretly desired. In these searing stories setting becomes an accomplice to fate, and history intrudes into the heat of passion. In the end, A Good Place for the Night makes us realize that we are all wanderers, and the safe haven of "home" is only an idea.

Savyon Liebrecht lives in Tel Aviv and frequently lectures throughout the United States. Her novels A Man and a Woman and a Man and The Women My Father Knew, and her story collection A Good Place for the Night, are all published by Persea Books.

Sondra Silverston has lived in Israel since 1970. Among her translations are fiction by contemporary Israeli authors Eshkol Nevo, Etgar Keret, Savyon Liebrecht, and Aharon Megged.
Loading...
or
Not Currently Available for Direct Purchase