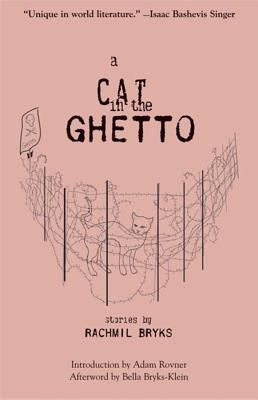 A Cat in the Ghetto (Paperback)

Classic Holocaust stories in a new compilation and trade paperback format. "One should read it in order not to forget." —Eleanor Roosevelt

First published in English in 1959 and long unavailable, Rachmil Bryks's vivid stories portray Jewish life in the Lodz ghetto and at Auschwitz. In a spare and tragicomic style, they illuminate the small and large absurdities that arise at the limits of human endurance—from the cooking of "roast meat" made of cabbage leaves to the predicament of Jews forced to cooperate in the hierarchy of their own annihilation. Deceptively simple and often humorous, these stories nevertheless mirror Bryks's nuanced view of major moral dilemmas of the period: action vs. inaction, preserving dignity vs. survival.

This new edition brings together Bryks's well-known novellas, "A Cat in the Ghetto" and "Kiddush Hashem;" two short stories; an early poem; and his important but little-known essay, "My Credo," in which he defends his use of black humor in writing about unspeakable tragedy. A new introduction by scholar Adam Rovner and a new afterword by the author's daughter Bella Bryks-Klein illuminate Bryks's life and the work from two distinct perspectives.

Rachmil Bryks was born in 1912. He survived internment in the Lodz ghetto and in Auschwitz. In 1949, he came to New York, where he lived and wrote until his death in 1974.

Adam Rovner is on the faculty of Hofstra University, Hempstead, New York.

Praise For A Cat in the Ghetto: Stories…