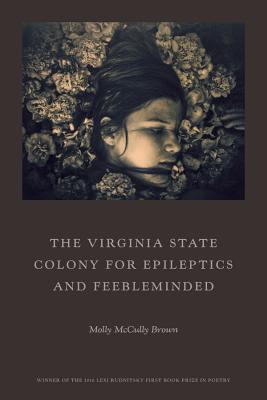 The Virginia State Colony for Epileptics and Feebleminded

Brown rounds what others compress as she lends depth, historical and personal, to the complex and suppressed identities that physical distress creates. The desire for something to reach out and save, to touch or not be touched by God or by human hands, carries an eerie undercurrent through the text.
— Marginalia

[Molly McCully Brown] makes us feel empathy and respect for those who were deemed unfit for society. Brown not only delves into a shameful chapter of American history; she also finds a way to remind us of the complexity of the human mind.
— Rain Taxi Review of Books

Molly McCully Brown received her MFA from the University of Mississippi, and is a graduate of Stanford University and Simon’s Rock of Bard College. She has published poems in Gulf Coast, Image, Kenyon Review, and elsewhere; Her Essay "The Broken Country" from Places I've Taken My Body was pick for the Best American Essays of 2021 publication (HMH Books).