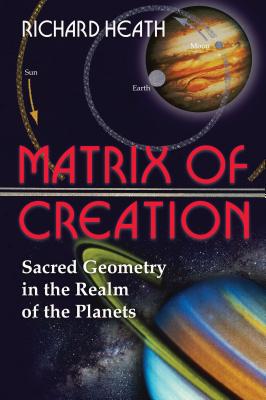 Sacred Geometry in the Realm of the Planets

• Reveals how ancient civilizations encoded their secret knowledge of the sky in mythology, music, and sacred measures

Humanity’s understanding of number was deeper and richer when the concept of creation was rooted in direct experience. But modern sensibility favors knowledge based exclusively on physical laws. We have forgotten what our ancestors once knew: that numbers and their properties create the forms of the world. Ancient units of measurement held within them the secrets of cosmic proportion and alignment that are hidden by the arbitrary decimal units of modern mathematical thinking.

Sacred numbers arose from ancient man’s observations of the heavens. Just as base ten numbers relate to the fingers and toes in terms of counting, each celestial period divides into the others like fingers revealing the base numbers of planetary creation. This ancient system made the art of counting a sacramental art, its units being given spiritual meanings beyond just measurement. The imperial yard, for example, retains a direct relationship to the Equator, the length of a day and a year, and the angular values of Earth, Moon, and Jupiter.

The ancients encoded their secret knowledge of the skies within mythology, music, monuments, and units of sacred measurement. They understood that the ripeness of the natural world is the perfection of ratio and realized that the planetary environment--and time itself--is a creation of number.

Praise For Matrix of Creation: Sacred Geometry in the Realm of the Planets…

“An astonishing and important book.”
— John Anthony West, author of Serpent in the Sky

“Marks a turning point in the recovery of a whole way of thinking stretching back perhaps tens of thousands of years.”
— Anthony Blake, author of The Intelligent Enneagram

“. . . a bold and very important contribution to our understanding of our ancestors’ genius.”
— William Sullivan, author of The Secret of the Incas

"Heath brings the Cosmos back to Earth, demonstrating that the sacred ratios were incorporated into ancient architecture such as Stonehenge and reflected in the musical tones that the ancients sounded to plug into the Divine."
— Nexus, Jan-Feb, 2005

". . . a concise exploration of the cosmos that will appeal to mathematically oriented students of metaphysics."
— David Paulsen, New Age Retailer, Trends 2005, Vol 19. No. 3

After decades of technical and spiritual training, Richard Heath became interested in megalithic astronomy and its numerical skillset. He has written five books on the sacred use of numbers. In Matrix of Creation he explores those found in the planetary world, in Sacred Number and the Origins of Civilization he explores those important to ancient civilizations, and in Precessional Time and the Evolution of Consciousness he examines the numbers that define the important Ages of the world. In Sacred Number and the Lords of Time he provides an alternative history for megalithic astronomy, and in The Harmonic Origins of the World, he explains how the megalithic discovered planetary harmony through counting lunar months, thus explaining why ancient texts were informed by harmonic numbers. He lives in the Preseli Hills of West Wales.
Loading...
or support indie stores by buying on