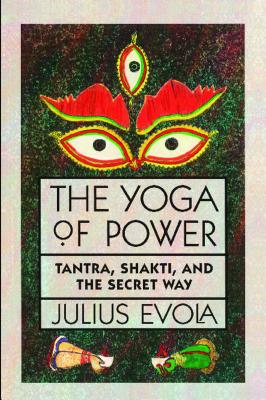 The Yoga of Power

Tantra, Shakti, and the Secret Way

Drawing from original texts on self-mastery, Evola discusses two Hindu movements--Tantrism and Shaktism--which emphasize a path of action to gain power over energies latent within the body.

Praise For The Yoga of Power: Tantra, Shakti, and the Secret Way…

"Soon Evola will be an immovable object in the field of serious esotericism in the English-speaking world, as he already is for readers of Italian, French, and German.

The Yoga of Power puts to shame those modern writers who have degraded Tantra to a subject for New Age sex manuals.

To read his descriptions of the higher spiritual states is like watching a champion mountain-climber on a vertical glacier."
— Gnosis Magazine