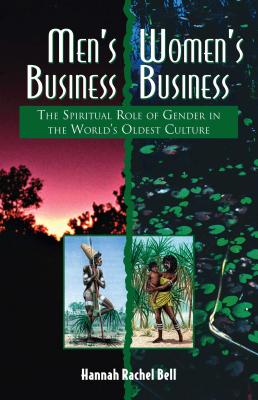 The Spiritual Role of Gender in the World's Oldest Culture

• Follows an Australian Aboriginal boy and girl from childhood through adolescence, adulthood, old age, and death, contrasting their experiences with those of ours at the same life stages

• Presents the experience of living in a society in which every action is governed by the gender laws of nature and myth, and offers us ideas for the conduct of our lives

For thousands of years the Ngarinyin Aboriginal culture of Australia has existed with almost a total division of responsibility between genders. This division enables both men and women to respect the power, wisdom, and essentiality of the other because only when the two genders work in harmony does their culture function as it should.

When Hannah Rachel Bell, a committed activist and feminist, first encountered this culture in the 1970s she resisted such blatant gender division. But over her 25-year collaboration with the well-known Aboriginal Lawman David Mowaljarlai she found her beliefs challenged and finally changed. In this book Bell presents the experience of living in a society in which every action is governed by the laws of nature and myth, rather than those of commerce and politics. She offers modern people ideas for the conduct of their lives by raising awareness of the cultural processes and institutions that affect men's and women's authority, sovereignty, and the fulfillment of their birthright. It is a journey that, if traveled collectively, could change the direction and experience of modern culture.

Hannah Rachel Bell was consultant to the Canadian government on the impact of Northwest pipeline development upon indigenous peoples before becoming consultant to the Australian government on cocultural development with the Aborigines of northern Australia. She now devotes all her time to the Aborigine Bush University and is one of Australia's most sought-after speakers on the current issue of reenvisioning Australian society and land rights to include the native peoples. She lives in Western Australia.
Loading...
or support indie stores by buying on