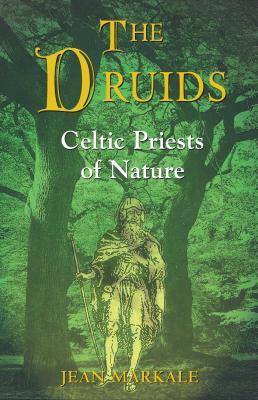 • Written by the world's leading authority on Celtic culture

Druidism was one of the greatest and most exalting adventures of the human spirit, attempting to reconcile the unreconcilable, the individual and the collective, creator and created, good and evil, day and night, past and future, and life and death. Because of the oral nature of Celtic civilization our understanding of its spiritual truths and rituals is necessarily incomplete. Yet evidence exists that can provide the modern reader with a better understanding of the doctrine that took druidic apprentices 20 years to learn in the remote forests of the British Isles and Gaul.

Using the descriptions of the druids and their beliefs provided by the historians and chroniclers of classic antiquity--as well as those recorded by the insular Celts themselves when compelled, under Christianity's influence, to utilize writing to preserve their ancestral traditions--Jean Markale painstakingly pieces together all that is known for certain about them. The druids were more than simply the priests of the Celtic people; their influence extended to all aspects of Celtic life. The Druids covers everything concerning the Celtic religious domain, intellectual speculations, cultural or magical practices, various beliefs, and the so-called profane sciences that have come down from the Celtic priesthood.

Jean Markale (1928-2008), was a poet, philosopher, historian, and storyteller, who spent a lifetime researching pre-Christian and medieval culture and spirituality. He was a former specialist in Celtic studies at the Sorbonne and author of more than 40 books, including Montségur and the Mystery of the Cathars, The Church of Mary Magdalene, The Druids, The Celts, Merlin, and Women of the Celts.

Praise For The Druids: Celtic Priests of Nature…

"There is no better spokesman for the ancient Celts than Jean Markale."
— André Brenton, author of Manifestoes of Surrealism

" . . a very fascinating and informative book (no fluff here), definitely not to be missed."
— Belladonna's Book Shelf, Feb 2007

"Do yourself a favor and expand your view of Druids and Celtic culture. Buy this book and read it. Decide for yourself if you agree with the author's premise. Then take the time to think about it in depth and see if your opinions change."
— Mike Gleason, Witchgrove, 2007
or support indie stores by buying on
Copyright © 2020 American Booksellers Association