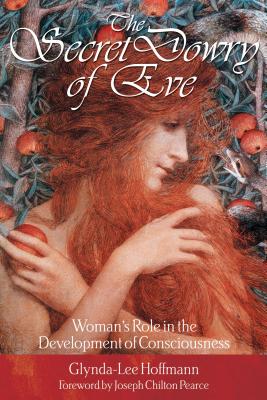 The Secret Dowry of Eve

Woman's Role in the Development of Consciousness

A groundbreaking study of the connection between spirituality, psychology, and neurophysiology that is coded into the book of Genesis.

• Reveals why Eve was allowed to eat the apple of knowledge forbidden to Adam.

• Uses mythological imagery to reveal the working processes of awareness in the human brain.

• Combines ancient Qabalic techniques and modern scientific brain research to show how Genesis is an operating manual for creating wholeness in the psyche.

Adam exists within all our psyches, as does Eve. While Adam represents the masculine component of consciousness--pure intellect--Eve represents the functions of the brain's frontal lobes, the feminine intuitive integrator of the four-level human brain. If we wish to be whole, we must develop and integrate the feminine with the masculine. Using her lifelong study of the Qabalah and the secret meanings of the Hebrew alphabet, Glynda-Lee Hoffmann shows how the Garden of Eden story is actually an instruction manual that explains transcendence as a biological imperative.

Hoffmann reveals why it was permissible for Eve to eat the apple of knowledge that was forbidden to Adam. Eve's desire for integration, clarity, and transcendence--for wisdom--is a goal Adam is biologically incapable of pursuing without her. Though written as mythology, Genesis contains remarkable scientific and psychological correlations that can help an individual integrate the masculine and feminine sides of the psyche and thereby translate potential into actuality.

Praise For The Secret Dowry of Eve: Woman's Role in the Development of Consciousness…

"Glynda-Lee Hoffmann cracks open the early stories in the book of Genesis and invites us to enter them in a new way. She writes with flair and verve, and her goal is an ancient one: Know thyself and be whole."
— John Shelby Spong, author of Rescuing the Bible from Fundamentalism and Born of a Woman

“Glynda-Lee Hoffmann presents us with a startling picture of why we are the way we are . . . how each of the characters in Genesis represents an archetype of the human psyche, placing that story of our beginnings in a cosmological framework of creation and evolution that is captivating and compelling.”
— from the Foreword by Joseph Chilton Pearce, author of The Biology of Transcendence

Glynda-Lee Hoffmann has been involved in extensive study of the Qabalah for over 25 years and is a leader in the field of Genesis mythology. She lives in Chico, California.

Joseph Chilton Pearce (1926-2016) is the author of The Death of Religion and the Rebirth of the Spirit, The Biology of Transcendence, The Crack in the Cosmic Egg, Magical Child, and Evolution’s End. For more than 35 years, he lectured and led workshops teaching about the changing needs of children and the development of human society. He lived in the Blue Ridge Mountains of Virginia.
Loading...
or
Not Currently Available for Direct Purchase