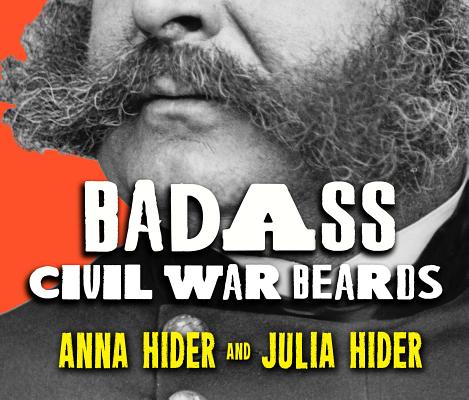 From the cavemen to the hipsters of today, beards have been the hallmark of brave and manly men. For some reason, the popularity of beards skyrocketed during the late 19th century, when men became more willing to experiment with never-before-seen facial hair styles. Abraham Lincoln even grew his beard because a little girl wrote him and said he'd look more presidential with one.

A little over two years ago, sisters Anna and Julia Hider were discussing why all Civil War soldiers seemed to sport crazy beards. Their conversation quickly became the blog "Badass Civil War Beards" (http://badasscivilwarbeards.tumblr.com), which they cowrote between classes at two separate universities.