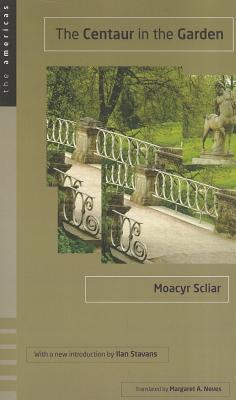 The Centaur in the Garden (The Americas Series)

Named one of the 100 best Jewish works of the twentieth century by the National Yiddish Book Center, The Centaur in the Garden is reminiscent of the Chagall paintings in which scenes of everyday Jewish life are tenderly and oddly transmuted into fantasy. Set in southern Brazil, in one of the immigrant colonies established early in the twentieth century, it chronicles the struggles of a Jewish farming family who find their lives further complicated when their youngest son, Guedali, is inexplicably born a centaur. For Scliar this dislocation was emblematic of being Jewish in Brazil, even in 1980 when he first published O Centaur no jardim. Through progressive life stages and ribald adventures the young Guedali embraces, assimilates, questions, and eventually discovers his actual identity.

Before his death in 2011, Brazilian-born physician Moacyr Scliar had published more than seventy books and 120 stories. His works have been translated into more than a dozen languages; some have been adapted for film, television, and theater.

Margaret A. Neves has translated the works of Brazilian novelists Jorge Amado, Oswaldo Franca, Antonio Torres, Lygia Fagundes Telles, and others.Ilan Stavans is author of On Borrowed Words: A Memoir of Language and editor of The Oxford Book of Jewish Stories.
Loading...
or
Not Currently Available for Direct Purchase