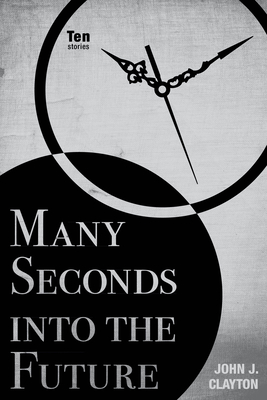 Many Seconds Into the Future

The stories in John J. Clayton's newest collection are luminous, expressing a struggle to see growth and meaning in life as much as possible. Nearly all focus on family, and the characters, most of them Jewish, grapple with questions of living, dying, loving, and worshipping. Clayton has published several novels, including Mitzvah Man (TTUP, 2011), but he is best known for his critically-acclaimed short fiction, which has been included in O. Henry Prize Stories, Best American Short Stories, and Pushcart Prize anthologies. His collection Radiance was a finalist for the National Jewish Book Award. Written after his collection Wrestling with Angels (2007), the ten stories in Many Seconds into the Future first appeared in Commentary and various other literary magazines, while some are appearing here for the first time. Often humorous, they are masterful stories of spiritual questing and emotional complexity.

John J. Clayton has taught modern literature and fiction writing at the University of Massachusetts, Amherst, and has been a visiting professor at Mt. Holyoke College and Hampshire College. He lives in western Massachusetts and Cape Cod.
Loading...
or support indie stores by buying on