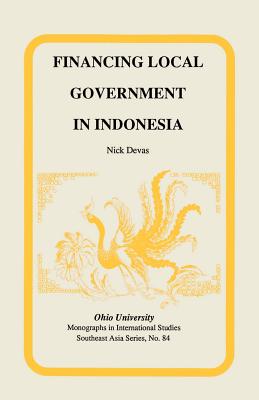 Considering the size and importance of Indonesia, remarkably little has been published in the West about the society and government of that country. With over 160 million people, it is the fifth most populous country in the world. It is an archipelago of some 13,000 islands, stretching over 5,000 kilometers from from east to west, and contains within it an amazing array of cultures, as well as ethnic, economic, and religious variations.

“The book successfully tackles a neglected and arcane area of public finances in Indonesia. As such, it is likely to be useful not only to area specialists and to students and researchers in public finance, public administration, and urban economics, but also to those who are interested in examining the case for a greater decentralized mode of economic development.”

“This is a sensible and useful collection of essays on the financing of local government in Indonesia. It provides description and analysis on an under-reported field. There is a wealth of statistical information on local government finance. The book will be a standard reference for any student taking up the field.”