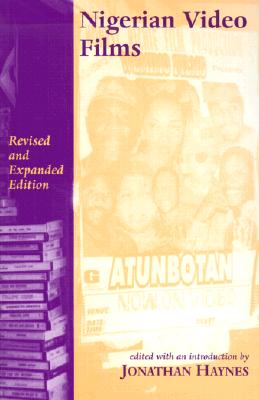 Nigerian video films dramatic features shot on video and sold as cassettes are being produced at the rate of nearly one a day, making them the major contemporary art form in Nigeria. The history of African film offers no precedent for such a huge, popularly based industry.
The contributors to this volume, who include film and television directors, an anthropologist, and scholars of film studies and literature, take a variety of approaches to this flourishing popular art. Topics include aesthetic forms and distribution; the configurations of various ethnic audiences; the new media environment dominated by cassette technology; the video's materialism in a period of economic collapse; transformation of the traditional Yoruba traveling theater; individualism and the moral crisis in Igbo society; Hausa cultural values; the negotiation of gender roles, and the genre of Christian videos.

Jonathan Haynes is associate professor in the Humanities Division at Southampton College of Long Island University. He is the author of The Humanist as Traveler, The Social Relations of Jonson's Theater, and (with Onookome Okome) Cinema and Social Change in West Africa.
Loading...
or
Not Currently Available for Direct Purchase