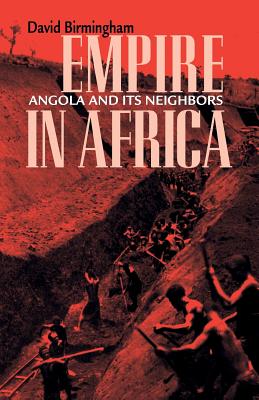 The dark years of European fascism left their indelible mark on Africa. As late as the 1970s, Angola was still ruled by white autocrats, whose dictatorship was eventually overthrown by black nationalists who had never experienced either the rule of law or participatory democracy.

Empire in Africa takes the long view of history and asks whether the colonizing ventures of the Portuguese can bear comparison with those of the Mediterranean Ottomans or those experienced by Angola's neighbors in the Belgian Congo, French Equatorial Africa, or the Dutch colonies at the Cape of Good Hope and in the Transvaal.

David Birmingham takes the reader through Angola's troubled past, which included endemic warfare for the first twenty-five years of independence, and examines the fact that in the absence of a viable neocolonial referee such as Britain or France, the warring parties turned to Cold War superpowers for a supply of guns. For a decade Angola replaced Vietnam as a field in which an international war by proxy was conducted.

Empire in Africa explains how this African nation went from colony to independence, how in the 1990s the Cold War legacy turned to civil war, and how peace finally dawned in 2002.

Praise For Empire in Africa: Angola and Its Neighbors (Ohio RIS Africa Series #84)…

“The book is an incisive, engaging piece of scholarship punctuated with impassioned, informed commentary.”—African Studies Review

“This is a great book…. a wonderful contribution to the socio-cultural history of Africa in general and of Angola more particularly.”—Lusotopie

David Birmingham lived in Switzerland from 1947 to 1954 as a child and returned there in the 1990s as a visiting historian. From 1980 to 2001 he held the chair of Modern History in the University of Kent at Canterbury in England. He is the author of many books, including Portugal and Africa.