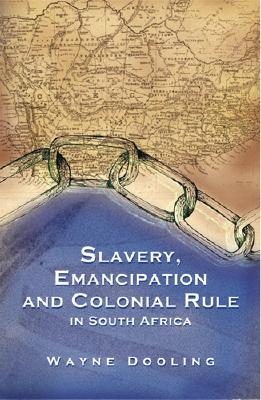 Slavery, Emancipation and Colonial Rule in South Africa examines the rural Cape Colony from the earliest days of Dutch colonial rule in the mid-seventeenth century to the outbreak of the South African War in 1899.

For slaves and slave owners alike, incorporation into the British Empire at the beginning of the nineteenth century brought fruits that were bittersweet. The gentry had initially done well by accepting British rule, but were ultimately faced with the legislated ending of servile labor. To slaves and Khoisan servants, British rule brought freedom, but a freedom that remained limited. The gentry accomplished this feat only with great difficulty. Increasingly, their dominance of the countryside was threatened by English-speaking merchants and money-lenders, a challenge that stimulated early Afrikaner nationalism. The alliances that ensured nineteenth-century colonial stability all but fell apart as the descendants of slaves and Khoisan turned on their erstwhile masters during the South African War of 1899–1902.

“This is a major work of South African history, putting economics and exploitation back where they belong, in the centre of the country’s historiography.”—Robert Ross, Leiden University

“This book is an important study that has made a significant contribution to the existing historiography of Africa in general and the Cape Colony in particular. It is based on an impressive archival research. Indeed, Dooling’s meticulous scouring and skillful use of the previously ‘almost unused’ records of bankruptcy, estates, and other records like land transfers, mortgage bonds, and literature on Cape slavery, economy, and the landed class facilitated his construction of a detailed history of the experiences of the landed class in Cape Colony in general....”—Journal of World History

“Wayne Dooling’s book is a major contribution to the burgeoning corpus of works surrounding the institution of slavery in the early colonial Cape.… (T)he author is as focused on continuity as he is on transformation, and while he pays due attention to slave liberations and to the immediate crisis of emancipation for slave-owners, he is more concerned with weaving this moment into the longer narrative he constructs.”—American Historical Review

Wayne Dooling is a lecturer in African History at the School of Oriental and African Studies, University of London.