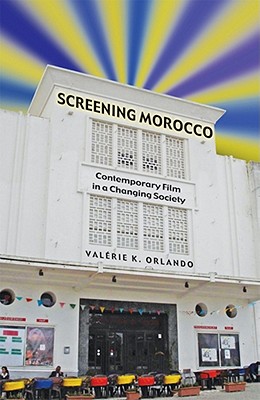 Since 1999 and the death of King Hassan II, Morocco has experienced a dramatic social transformation. Encouraged by the more openly democratic climate fostered by young King Mohammed VI, filmmakers have begun to explore the sociocultural and political debates of their country while also seeking to document the untold stories of a dark past. Screening Morocco: Contemporary Film in a Changing Society focuses on Moroccan films produced and distributed from 1999 to the present.

Moroccan cinema serves as an all-inclusive medium that provides a sounding board for a society that is remaking itself. Male and female directors present the face of an engaged, multiethnic and multilingual society. Their cinematography promotes a country that is dynamic and connected to the global sociocultural economy of the twenty-first century. At the same time, they seek to represent the closed, obscure past of a nation’s history that has rarely been told, drawing on themes such as human rights abuse, the former incarceration of thousands during the Lead Years, women’s emancipation, poverty, and claims for social justice.

Screening Morocco will introduce American readers to the richness in theme and scope of the cinematic production of Morocco.

“This is a book to be cherished, applauded, and honored by the cinema community. Valérie Orlando immersed herself in the cinema of Morocco to write this book, and her commitment to the material, and to the filmmakers themselves, is apparent on every page.”
— Wheeler Winston Dixon, author of A Short History of Film

Valérie K. Orlando is professor of French and Francophone Literatures in the Department of French and Italian at the University of Maryland, College Park.