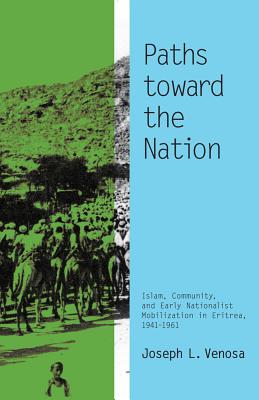 Paths toward the Nation

In the early and mid-1940s, during the period of British wartime occupation, community and religious leaders in the former Italian colony of Eritrea engaged in a course of intellectual and political debate that marked the beginnings of a genuine national consciousness across the region. During the late 1940s and 1950s, the scope of these concerns slowly expanded as the nascent nationalist movement brought together Muslim activists with the increasingly disaffected community of Eritrean Christians.

The Eritrean Muslim League emerged as the first genuine proindependence organization in the country to challenge both the Ethiopian government’s calls for annexation and international plans to partition Eritrea between Sudan and Ethiopia. The league and its supporters also contributed to the expansion of Eritrea’s civil society, formulating the first substantial arguments about what made Eritrea an inherently separate national entity. These concepts were essential to the later transition from peaceful political protest to armed rebellion against Ethiopian occupation.

Paths toward the Nation is the first study to focus exclusively on Eritrea’s nationalist movement before the start of the armed struggle in 1961.

“In my considered opinion, Paths toward the Nation is an excellent scholarly work that tells the story of the evolution and struggle for survival of Eritrean nationalism .… Venosa’s work represents a significant contribution to the study of Eritrea’s national struggle for independence”—Bereket Habte Selassie, professor of African Studies and Law, University of North Carolina at Chapel Hill

“One of the lesser-acknowledged outcomes of [Eritrea’s] travails is that its historical trajectory has been neglected by scholars in favor of presentist concerns with the incumbent regime. Joseph L. Venosa’s Paths toward the Nation is a refreshing and innovative exception to that trend, a powerful exemplar of the insights which can be provided by sustained, cogent, and indeed courageous historical research into the most complex and shadowed of places.”—American Historical Review, Vol. 120, Issue 5, 2015

“This book is of interest to a wide range of readers…Joseph Venosa skillfully discusses [Eritrean political processes], bringing them together into a broadly based narrative through which we can see evolution of a complex road towards Eritrean independence and how the Muslims in Eritrea have become part of its national consciousness.”—The Historian

“The major significance of Joseph L. Venosa’s work lies in the rejection of [the] hegemonic narrative … Venosa does a good job in chronicling the birth, growth, and demise of the Muslim League as a factor in Eritrean politics.”—Canadian Journal of History

“This work is very well written and organized, and Venosa makes excellent use of primary documents to reconstruct a history of activism and sociopolitical transformations taking place among Eritrean Muslim populations during the period under analysis.”—Tricia Redeker Hepner, Associate Professor of Anthropology, University of Tennessee

Joseph L. Venosa is an assistant professor of African history at Salisbury University in Salisbury, Maryland.