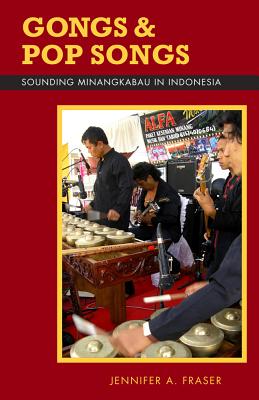 By Jennifer A. Fraser

Scholarship on the musical traditions of Indonesia has long focused on practices from Java and Bali, including famed gamelan traditions, at the expense of the wide diversity of other musical forms within the archipelago. Jennifer A. Fraser counters this tendency by exploring a little-known gong tradition from Sumatra called talempong, long associated with people who identify themselves as Minangkabau.

Grounded in rich ethnographic data and supplemented with online audiovisual materials, Gongs and Pop Songs is the first study to chronicle the history and variety of talempong styles. It reveals the continued vitality of older modes in rural communities in the twenty-first century, while tracing the emergence of newer ones with radically different aesthetic frames and values. Each talempong style discussed incorporates into its repertoire Minangkabau pop or indigenous songs, both of which have strong associations with the place and people. These contemporary developments in talempong have taken place against a shifting political, social, and economic backdrop: the institutionalization of indigenous arts, a failed regional rebellion, and the pressures of a free-market economy.

Fraser adopts a cognitive approach to ethnicity, asking how people understand themselves as Minangkabau through talempong and how different styles of the genre help create and articulate ethnic sentiments—that is, how they help people sound Minangkabau.

Jennifer A. Fraser is an associate professor of ethnomusicology and anthropology at Oberlin College.

“[Fraser’s] book is a valuable text for those who wish to understand how musical practices can express identities, how and why musical styles change, and the methodologies for experiencing the musics of the communities we study.”—Journal of the Humanities and Social Sciences of Southeast Asia

“Fraser discusses the aesthetics and system of ideal musical styles employed by talempong players, the history of the talempong, and, most compellingly, the newer styles of practice, including repertoires that incorporate popular music genres from around the world. The author’s discussion of institutionalization, professionalization, and monetization of Minangkau arts in general and talempong styles specifically gives this book broader relevance.…SUMMING UP: Recommended.”—CHOICE

“Novel and creative—a highly original account of the history and significance of Minangkabau music.”—Henry Spiller, professor, Department of Music, University of California, Davis

“This book tells the fascinating story of the transformation of a traditional gong ensemble to a pop genre in Indonesia’s West Sumatra province. Readers are given a glimpse of the musical styles and culture politics that permeate the changing constructs of Minangkabau identity since the 1960s.”—Margaret Kartomi, author of Musical Journeys in Sumatra
or support indie stores by buying on
Copyright © 2020 American Booksellers Association