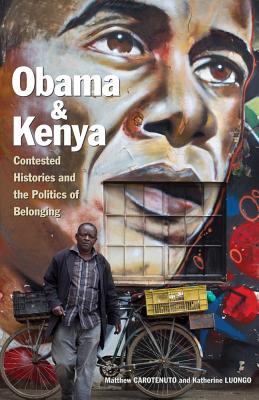 Barack Obama’s political ascendancy has focused considerable global attention on the history of Kenya generally and the history of the Luo community particularly. From politicos populating the blogosphere and bookshelves in the U.S and Kenya, to tourists traipsing through Obama’s ancestral home, a variety of groups have mobilized new readings of Kenya’s past in service of their own ends.

Through narratives placing Obama into a simplified, sweeping narrative of anticolonial barbarism and postcolonial “tribal” violence, the story of the United States president’s nuanced relationship to Kenya has been lost amid stereotypical portrayals of Africa. At the same time, Kenyan state officials have aimed to weave Obama into the contested narrative of Kenyan nationhood.

Matthew Carotenuto and Katherine Luongo argue that efforts to cast Obama as a “son of the soil” of the Lake Victoria basin invite insights into the politicized uses of Kenya’s past. Ideal for classroom use and directed at a general readership interested in global affairs, Obama and Kenya offers an important counterpoint to the many popular but inaccurate texts about Kenya’s history and Obama’s place in it as well as focused, thematic analyses of contemporary debates about ethnic politics, “tribal” identities, postcolonial governance, and U.S. African relations.

Praise For Obama and Kenya: Contested Histories and the Politics of Belonging (Ohio RIS Global Series #15)…

“In the US, Barack Obama is African; in Africa, he is Kenyan; and in Kenya, he is Luo. … Historians Carotenuto (St. Lawrence Univ.) and Luongo (Northeastern Univ.) emerge from the pages of this book as a dynamic academic duo as they glide through Kenya's colonial and postindependence periods.… This book also demonstrates that African studies is in good academic hands. Summing up: Recommended.”—CHOICE

“This book … represents a laudable attempt to confront distorted and false depictions of Obama and the Kenyan past and present that have appeared since 2008 in scholarly and nonscholarly works … In a book that will be useful in American university classrooms and now even more among the general public as Obama is succeeded as chief executive by a long-time purveyor of the 'birther' myth, [Carotenuto and Luongo] effectively dismantle the many stereotypes and myths that have characterized writing about Obama and Kenya by right-wing ideologues outside Kenya.”—African Studies Review

Matthew Carotenuto is associate professor of history and coordinator of African Studies at St. Lawrence University. He studies the ways Kenyan identities are imagined within the context of colonial violence, postcolonial politics, and indigenous sport.

Katherine Luongo is associate professor of history at Northeastern University. Her work examines the supernatural, law, and politics in Africa, and global asylum seeking. Her book, Witchcraft and Colonial Rule in Kenya, 1900–1955, was a finalist for the Bethwell Ogot Prize and the Martin A. Klein Award.