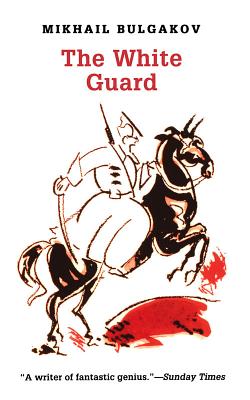 Drawing closely on Bulgakov's personal experiences of the horrors of civil war as a young doctor, "The White Guard" takes place in Kiev, 1918, a time of turmoil and suffocating uncertainty as the Bolsheviks, Socialists and Germans fight for control of the city. It tells the story of the Turbins, a once-wealthy Russian family, as they are forced to come to terms with revolution and a new regime.

Mikhail Bulgakov (1891-1940) was born in Kiev, Ukraine, and lived most of his adult life in Stalinist Russia. A journalist, playwright, novelist, and short story writer, he is best known in the West for his novel "The Master and Margarita," Marian Schwartz is a prize-winning Russian translator who recently received her second Translation Fellowship from the National Endowment for the Arts to translate Olga Slavnikova's newest novel, "2017," She has translated classic literary works by Nina Berberova and Yuri Olesha, as well as Edvard Radzinsky's "The Last Tsar," She lives in Austin, TX.
Loading...
or
Not Currently Available for Direct Purchase