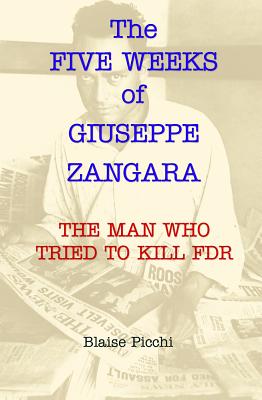 The Man Who Tried to Kill FDR

In Miami, Florida, on February 15, 1933, Giuseppe Zangara, an unemployed bricklayer from Italy, fired five pistol shots at the back of President-elect FDR's head from only 25 feet away. While all five rounds missed their target, one of them found Mayor Anton Cermak of Chicago, who died of his wound three weeks later. A scant two weeks after that, Zangara was executed in the electric chair. It was the swiftest legal execution in twentieth-century American history. With his death, Zangara took to the grave the answer to one of the most baffling unsolved mysteries in the annals of Presidential assassinations. Was FDR Zangara's real target? Or was he a mob hitman who actually intended to kill Cermak, as Walter Winchell believed? Was he a terrorist, as the LA police contended? Could he have been a member of La Camorra, as the prison warden insisted? Was he simply insane, as many at the time thought? Or was he really a martyr for the cause of the Common Man, as he himself proclaimed?