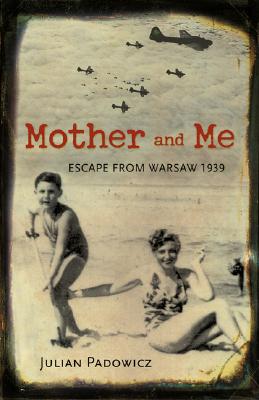 "In 1939,"Julian Padowicz says, "Iwas a Polish Jew-hater. Under different circumstances my story might have been one of denouncing Jews to the Gestapo. As it happened, I was a Jew myself, and I was seven years old." Julian's mother was a Warsaw socialite who had no interest in child-rearing. She turned her son over completely to his governess, a good Catholic, named Kiki, whom he loved with all his heart. Kiki was deeply worried about Julian's immortal soul, explaining that he could go to Heaven only if he became a Catholic. When bombs began to fall on Warsaw, Julian's world crumbled. His beloved Kiki returned to her family in Lodz; Julian's stepfather joined the Polish army, and the grief-stricken boy was left with the mother whom he hardly knew. Resourceful and determinded, his mother did whatever was necessary to provide for herself and her son: she brazenly cut into food lines and befriended Russian officers to get extra rations of food and fuel. But brought up by Kiki to distrust all things Jewish, Julian considered his mother's behavior un-Christian. In the winter of 1940, as conditions worsened, Julian and his mother made a dramatic escape to Hungary on foot through the Carpathian mountains and Julian came to believe that even Jews could go to Heaven.

Julian Padowicz holds a degree in English Literature from Colgate University. He has been a documentary filmmaker and producer of audio tapes for most of his adult life, and has won a Golden Eagle Award for his educational film, "The People Shop," from the Committee on International Non-Theatrical Events. He lives in Stamford, CT, with his wife.
Loading...
or
Not Currently Available for Direct Purchase