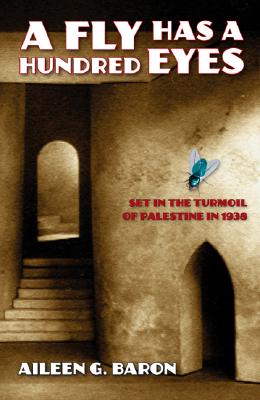 A Fly Has a Hundred Eyes

This Impressive Historical mystery novel has already won first place in its category at both the Pikes Peak and Southwest Writers Conferences in 2000.

It is the summer of 1938 and Jerusalem is in chaos. The atmosphere teems with intrigue as terrorists roam the countryside and the British are losing control of the Mandate, even as Europe nervously teeters on the brink of World War II. Against this backdrop of international tensions, Lily Sampson, an American graduate student, is involved in a dig -- an important excavation directed by the eminent British archaeologist, Geoffrey Eastbourne. As he makes his way to the opening of the Rockefeller Museum, an important member of the dig is murdered. Precious artifacts from the dig are missing, one of which is a beautiful blue glass amphoriskos (a vial about three and a half inches long) which Lily herself had excavated. Upset by this loss, she searches for the vial -- enlisting the help of the military attache of the American consulate. But when she contacts the British police, they seem evasive and offputting -- unable or unwilling either to find the murderer or to look into the theft of the amphoriskos. Lily realizes that she will get no help from them and sets out on her own to find the vial. When she finds the victim's journal in her tent, she assumes he had left it for her because he feared for his life. Lily's adventurous search for information about the murder and the theft of the amphoriskos lead into a labyrinth of extreme danger and intrigue.