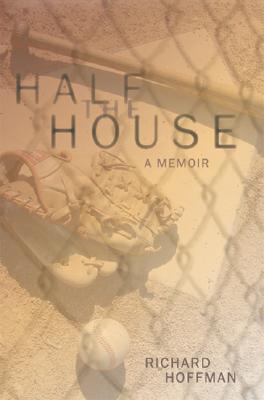 Ultimately a story of love, reconciliation, and triumph over adversity. "Library Journal"

A scorching account of the dark underside of family life. Richard Selzer

A book of unsparing and at times brutal candor . . . reminding us of the fragility of childhood and the costs it exacts upon the adults we become. "The Washington Post"

The hardcover publication of this unflinching memoir resulted in the arrest of an alleged child molester and the following headline: Author's Writing on Abuse Brings New Victims Forward. In a new afterword to this tenth-anniversary edition from New Rivers Press, Richard Hoffman writes about the events his book set in motion, the cries for help he received from men across the country, and the talk he had with an 11-year-old boy who thanked him for making it stop.

But this autobiography, about a blue-collar family struggling to care for two terminally ill children as the third child, the author, is subjected at age 10 to sexual abuse by his coach, is also a moving work of literature and a testament to the healing power of truthtelling. It is a spare, poignant memoir ("TIME") that offers heartening evidence . . . of the human capacity to endure and prevail ("The Washington Post").

Richard Hoffman's work, both prose and verse, has appeared in numerous literary reviews and anthologies. "Half the House" was awarded the Boston Athenaeum Readers Prize in 1996. His most recent book is "Without Paradise" (Cedar Hill), a collection of poems. He is currently writer-in-residence in the Department of Writing, Literature, and Publishing at Emerson College; he also serves on the faculty of the Teachers as Scholars Program at the Harvard Graduate School of Education and is currently a Massachusetts Cultural Council fellow in fiction.

Richard Hoffman's prose and verse have appeared in numberous journals, including Agni, Ascent, Harvard Review, The Literary Review, and in anthologies. Among numerous awards, the most recent is The Literary Riview's Charles Angoff Prize. He is Writer-in-Residence at Emerson College and teaches at the University of Southern Maine's Stonecoast MFA program.
Loading...
or
Not Currently Available for Direct Purchase