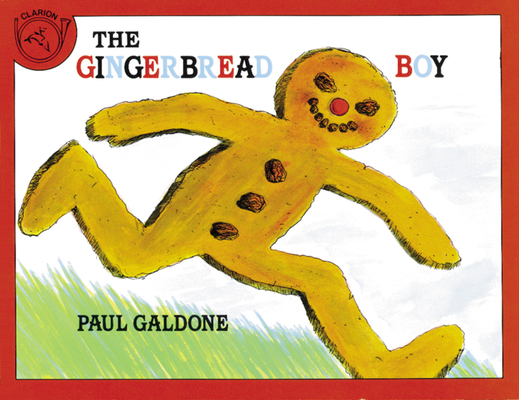 “Galdone has already proven many times over that he is perfectly at home with those traditional nursery tales that are still preschoolers’ favorites, and his expressive, unassuming style just right for their very young audience. . . . Children will follow along breathlessly . . . right up to that last snip snap snip when the Gingerbread Boy goes ‘the way of every single gingerbread boy that ever came out of an oven.’”—Kirkus Reviews

Paul Galdone was born in Budapest, Hungary in 1907 and emigrated to the United States in 1928. After finishing his studies at the Art Student League and the New York School of Industrial Design, Mr. Galdone worked in the art department of a major publishing house. There he was introduced to the process of bookmaking, an activity that was soon to become his lifelong career. Before his death in 1986, Mr. Galdone illustrated almost three hundred books, many of which he himself wrote or retold. He is fondly remembered for his contemporary style, bright earthy humor, and action-filled illustrations, which will continue to delight for generations to come.