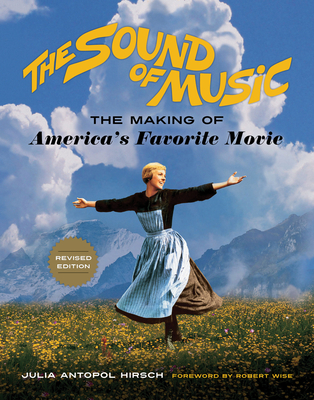 The Sound of Music

The Making of America's Favorite Movie

When The Sound of Music was released in 1965, it took the world by storm, capturing five Oscars (including Best Picture) and holding the number-one spot box-office record for five years. For millions of viewers, the film is a rare combination of a powerful and moving story, superb music, and breathtaking scenery.
The Sound of Music: The Making of America’s Favorite Movie is not only an unequalled tribute to this beloved movie musical but also the most complete behind-the-scenes account of the creation of this Hollywood classic.
Through exclusive, in-depth interviews with Robert Wise, Ernest Lehman, Saul Chaplin, Julie Andrews, Christopher Plummer, Kym Karath, Johannes von Trapp, Richard Zanuck, and dozens of other cast and crew members; over 200 stills from the movie’s most memorable scenes; rare snapshots from personal scrapbooks; and papers from the Fox Studio archives, Julia Antopol Hirsch has re-created the magic that is The Sound of Music:Now completely updated and in full color throughout, this engaging volume is both an insider’s guide to and a delightful celebration of “the happiest sound in all the world!”

Julia Antopol Hirsch is a screenwriter and former story editor for Robert Wise Productions. She lives in Vancouver, Washington.