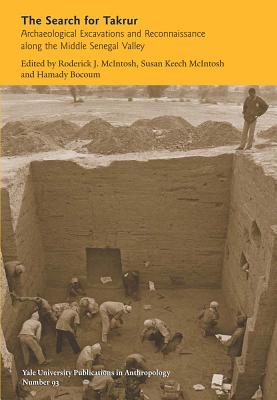 An authoritative summary of the results of the archaeological excavations in the middle Senegal River valley, site of the ancient African Empire of Takrur.

A summary of archaeological discoveries in the middle Senegal River valley, this authoritative volume presents new data on iron production, population settlement, and environmental change on the site of the ancient West African empire of Takrur, the first kingdom south of the Sahara mentioned by medieval Arab chroniclers. This authoritative volume should prove of great value to students of archaeology, anthropology, and African history, as well as to climatologists, geomorphologists, and ecologists.