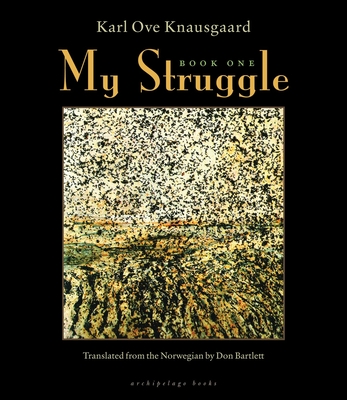 Almost ten years have passed since Karl Ove Knausgaard's father drank himself to death. Vulnerable and assailed by doubts, he is now embarking on a new novel. With an uncanny eye for detail, Knausgaard breaks down his own life story to its elementary particles, reliving memories, reopening wounds, and examining with candor the turbulence and the epiphanies that emerge from his own experience of fatherhood, the fallout in the wake of his father's death, and his visceral connection to music, art, and literature. Karl Ove's dilemmas strike nerves that give us raw glimpses of our particular moment in history as we witness what happens to the sensitive and churning mind of a young man trying- as if his very life depended on it- to find his place in the disjointed world around him. This Proustian masterpiece opens a window into one of the most original minds writing today.

Intense and vital... The need for totality . . . brings superb, lingering, celestial passages . . .
The concluding sentences of the book [are] placid, plain, achieved. They have what Walter Benjamin called 'the epic side of truth, wisdom.' --James Wood, The New Yorker

"While not unconcerned with finding objective truth in the moments he recounts, Mr. Knausgaard aims first to simply record them, to try to shape the banal into something worth remembering. Beautifully rendered and, at times, painfully observant, his book does a superlative job of finding that "inner core of human existence." --The Wall Street Journal

Steadily absorbing, lit up by pages of startling insight and harrowing honesty, My Struggle introduces into world literature a singular character and immerses us in his fascinating Underground Man consciousness. -- Philip Lopate

Karl Ove--with his shyness, his passion, his honesty--can take on any subject and make it his own. -- Edmund White

I read both books [One and Two] hungrily and find myself already missing Knausgaard just a few days after turning A Man in Love's last page, searching the Web for inexpensive crash courses in Norwegian, mostly just wishing Volume Three were available in English now. --Jonathan Callahan, The Millions

Knausgaard's preternatural facility for description, the dreamy thickness of his prose, speaks not only to the sheer pleasure his fiction affords, but to the philosophical stakes of that pleasure. -- Mark Sussman, Los Angeles Review of Books

Praise For My Struggle: Book One…

"What's notable is Karl Ove's ability, rare these days, to be fully present in and mindful of his own existence. Every detail is put down without apparent vanity or decoration, as if the writing and the living are happening simultaneously. There shouldn't be anything remarkable about any of it except for the fact that it immerses you totally. You live his life with him. . . . The overweening absurdity of Ove's title is a bad joke that keeps coming back to you as you try to construct a life worthy of an adult. How to be more present, more mindful? Of ourselves, of others? For others?" -- Zadie Smith, The New York Review of Books

"...reading My Struggle, you have the sense that Knausgaard has made a wonderful discovery, an almost scientific innovation. My Struggle is something new, something brave..." -- n + 1

"...It sounds like straightforward autobiography, but such is the power of its relentless comprehensiveness that it acquires an almost otherworldly quality..." -- The Guardian (A "Ten Best Long Read", alongside the likes of Middlemarch, Infinite Jest and 2666)

"The book investigates the bottomless accumulation of mysteries everyday life imposes. . . Knausgaard's approach is plain and scrupulous, sometimes casual, yet he never writes down. His subject is the beauty and terror of the fact that all life coexists with itself. A living hero who landed on greatness by abandoning every typical literary feint, an emperor whose nakedness surpasses royal finery." -- Jonathan Lethem, The Guardian

"The suspense and anticipation on which the series’ rising acclaim in the English-speaking world depended was a pleasure its readership had almost forgotten it could feel ... (My Struggle was) a book that so undid the notions of the form (plot, characters, development) as to seem at once to portend the total destruction of the novel and the next stage in its next evolution." –Emily Firetog, Literary Hub, Best Translated Literature of the decade

"Knausgaard is emotionally clumsy to be sure, but remarkably, almost miraculously, his novel never comes off as a plea for sympathy, as so many memoirs (or memoir-novels) are. He means to strip experiences and emotional responses to their bare essences, and over time, the book evokes a feeling of fully inhabiting a character that typical rhetorical somersaulting often doesn't. . . A simple and surprising effort to capture everyday life that rewards the time given to it." — Kirkus Reviews (Starred Review)

"It would not be an exaggeration to say that Karl Ove Knausgaard’s six-volume memoir “My Struggle” (Archipelago Books) — of which three volumes have been translated into English — has catapulted the Norwegian writer into the rarefied company of such authors as James Joyce, Marcel Proust and Henry Miller. These writers burst forth with a new consciousness and in so doing became the voice of their generation. Years hence we will be talking about Knausgaard’s incredibly detailed memoir cycle doing the same for the late 20th century." — The Providence Journal

"Perhaps the most significant literary enterprise of our time." -- The Guardian (UK)

"Knausgaard has written one of those books so aesthetically forceful as to be revolutionary. Before, there was no My Struggle; now there is, and things are different. The digressiveness of Sebald or Proust is transposed into direct, unmetaphorical language."  -- The Paris Review

"A six-volume literary experiment in which a contemporary Norwegian author describes his own life may sound dull. But Knausgaard's literary experiment is both brutally honest and far from dull. Trust me, it'll be worth waiting for volumes three through six to appear in English translation." — Jo Nesbo, in The Week (one of Jo Nesbo's six favorite books)

"The way in which Knausgaard seeks to expose the dark, regressive aspects of his own character within the context of a life that is, in most respects, quite ordinary is precisely what allows these books to transcend their narrowly personal foundations."— Sydney Review of Books

"Volumes 1 and 2 of Karl Ove Knausgård's epic novel/memoir My Struggle (Harvill Secker) blew me away: totally immersive, collapsing the wall between author and reader as you live his life alongside him. It's somehow triumphant and redemptive – and powerfully addictive – even as it recounts the most apparently mundane aspects of life. He's a genius."— Simon Prosser, Publisher, Hamish Hamilton, in The Guardian

"Both Knausgaard’s Proustian style and the fact that his work is one long book stretched out into many volumes, just like In Search of Lost Time, should signal that it’s a literary event the likes of which we probably will not see again in our lifetimes. . . . Unlike almost every other work of art released in the 21st century, Knausgaard’s massive book is an ongoing cultural event that we’re being afforded the opportunity to savor." -- Jason Diamond, Flavorwire

"The translation and worldwide distribution of Karl Ove Knausgaard's exquisite six-volume autobiographical novel My Struggle will be remembered as a landmark literary event. The work is unquestionably a contemporary classic..." -- About.com

Karl Ove Knausgaard was born in Norway in 1968. His debut novel Out of This World won the Norwegian Critics Prize in 2004 and his A Time for Everything (Archipelago) was a finalist for the Nordic Council Prize. For My Struggle, Knausgaard received the Brage Award in 2009 (for Book One), the 2010 Book of the Year Prize in Morgenbladet, and the P2 Listeners' Prize. It is also a finalist for The Believer Fiction Prize. My Struggle has been translated into more than fifiteen languages. Knausgaard lives in Sweden with his wife and three children. The author lives in Sweden.
Loading...
or support indie stores by buying on
(This book is on backorder)