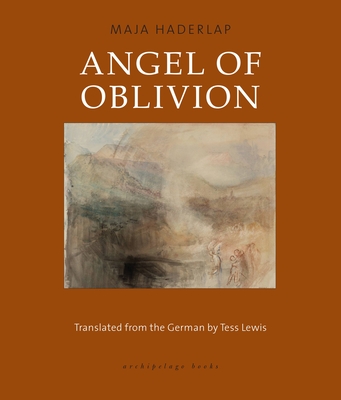 Haderlap is an accomplished poet, and that lyricism leaves clear traces on this ravishing debut, which won the prestigious Bachmann Prize in 2011. The descriptions are sensual, and the unusual similes and metaphors occasionally change perspective unexpectedly. Angel of Oblivion deals with harrowing subjects - murder, torture, persecution and discrimination of an ethnic minority - in intricate and lyrical prose.


The novel tells the story of a family from the Slovenian minority in Austria. The first-person narrator starts off with her childhood memories of rural life, in a community anchored in the past. Yet behind this rural idyll, an unresolved conflict is smouldering. At first, the child wonders about the border to Yugoslavia, which runs not far away from her home. Then gradually the stories that the adults tell at every opportunity start to make sense. All the locals are scarred by the war. Her grandfather, we find out, was a partisan fighting the Nazis from forest hideouts. Her grandmother was arrested and survived Ravensbrück.

As the narrator grows older, she finds out more. Through conversations at family gatherings and long nights talking to her grandmother, she learns that her father was arrested by the Austrian police and tortured - at the age of ten - to extract information on the whereabouts of his father. Her grandmother lost her foster-daughter and many friends and relatives in Ravensbrück and only escaped the gas chamber by hiding inside the camp itself. The narrator begins to notice the frequent suicides and violent deaths in her home region, and she develops an eye for how the Slovenians are treated by the majority of German-speaking Austrians. As an adult, the narrator becomes politicised and openly criticises the way in which Austria deals with the war and its own Nazi past. In the closing section, she visits Ravensbrück and finds it strangely lifeless - realising that her personal memories of her grandmother are stronger.

Illuminating an almost forgotten chapter of European history and the European present, the book deals with family dynamics scarred by war and torture - a dominant grandmother, a long-suffering mother, a violent father who loves his children but is impossible to live with. And interwoven with this is compelling reflection on storytelling: the narrator hoping to rid herself of the emotional burden of her past and to tell stories on behalf of those who cannot.

MAJA HADERLAP is a Slovenian-German Austrian writer and translator. She studied German language and literature at the University of Vienna and has a PhD in Theatre Studies. Between years 1992 and 2007 she worked as drama supervisor at the Klagenfurt City Theatre and was editor for the Carinthian Slovene minority literary magazine Mladje. Haderlap writes poetry, prose and essays in both Slovenian and German. Her work has been published in numerous international literary journals and anthologies. She was awarded the Ingebjorg-Bachmann-Preis and the Rauriser Literaturpreis for her debut novel Engel des Vergessens (Angel of Oblivion).

TESS LEWIS is a translator of German and French. She has been awarded translation grants from PEN America & UK, an NEA Translation Fellowship, and a Max Geilinger Translation Grant for her translation of Philippe Jaccottet. She is an Advisory Editor of The Hudson Review and writes essays on European literature for numerous literary journals.

Praise For Angel of Oblivion…

"Searingly lyrical...Haderlap's is a significant achievement, hopefully a herald of more to come. An arresting evocation of memory, community, and suffering." — Kirkus Reviews

"is inflected with a staccato rhythm—a rush of present-tense observation—that reveals the writer to be a poet at heart... Haderlap's first-person story is authored with the intense sensorial recollections of a child. The book's relevance is its articulation of the long-lasting burden of cultural and semantic chasms that—even generations later—are far from resolved." — Jessica Morgan, Artforum

"Along with everything else she accomplishes with this powerful work — a work of historical witness, a Sebaldian descent into the depths of memory, and a brave and innovative hybrid of fiction and memoir — Haderlap (and her English translator) deserve praise for breaking the silence to bring the stories of Slovenian-speaking Austrians to a much broader audience." — Brendan Driscoll, in The Millions

"[Angel of Oblivion] captures nuances of fleeting emotion thanks to Haderlap’s long-exercised lyric talent while also furnishing as riveting and lucid an account of the Austrian Slovenes in their suffering during and after World War II as will be found in any history book." — Vincent Kling, Translation Review

"A sparkling and hugely sympathetic English translation.... Maja Haderlap is a dramaturge and a poet and her prose is full of rich poetic images and constructions. It is a profoundly beautiful and deeply upsetting novel worthy of all the prizes." — European Literature Network

"Angel of Oblivion is a beautifully poetic novel about a young girl navigating the treacherous terrain between two hostile communities and two extremely burdened languages: Slovenian as a language of heroic resistance and continued humiliations suffered, and German, a way out of her stifling rural upbringing but also the language of the camps, which her Grandmother barely survived and many family members didn’t." — Festival Neue Literatur

"[A] painstaking and emotional account of the Slovenian-speaking minority in Austria during and after World War II." — Abby Sheaffer, ChicagoNow

"Haderlap’s novel seems to transcend the boundaries between languages and histories." — Iga Nowicz, The Glossa

"Angel of Oblivion, with its doomed and colourful cast of real-life characters, as well as multiple cruel twists of fate, is a devastating story, never less than wholeheartedly told." — Eileen Battersby, The Irish Times

"Haderlap’s novel brings to mind the work of artist Anselm Kiefer ... His paintings evoke the same desolate feeling of a landscape, natural and mental, poisoned by the Holocaust. Though Kiefer’s art is influenced by foreign myths and symbols, there is that same idea that Maja Haderlap confronts in Angel of Oblivion: that even the generation born after the fall of the Third Reich is affected by its legacy." — Devan Brettkelly, ZYZZYVA
"Haderlap delivers a powerful and affecting story about memory, identity and wartime persecution and retaliation. Inspired by the experiences of Haderlap’s family and other Carinthian Slovenes (the Slovenian-speaking minority in southern Austria), Angel of Oblivion offers a compelling character study and shines a necessary light on a small enclave and less-well known chapter of 20th-century European history...Tess Lewis has done a fine job of translating Haderlap’s lucid and lyrical prose." — The National (UAE)

"Angel of Oblivion is a continuous, plunging attempt to express the disorderly but urgent moment of daring to master the unmasterable. There is nothing so crass here as an ‘arc’ or a redemptive release. The reader is on the hook until the end – at which point the narrative’s underlying premises shimmer.” — Ron Slate, On the Seawall (blog)

"Haderlap writes in a clear yet poetic tone, in which time is a 'serene glacier' that crushes everything, all that the young protagonist at first finds wonderful and unchangeable, in its path." - Der Spiegel

"The strength of Haderlap's novel is that it stretches far back in time, in order to make the present recognisable." - Paul Jandl

"By telling her grandmother's story, the narrator finds her own, unmistakeable language, which speaks against the general urge to forget." - Deutschlandradio
or
Buy Here
Copyright © 2020 American Booksellers Association