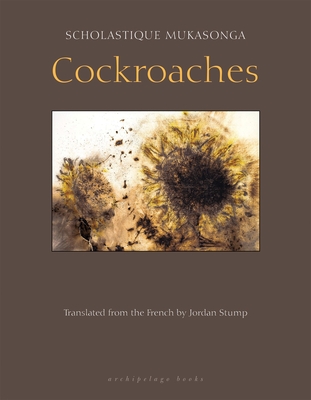 • A Publishers Weekly Book of the Year for 2014
• Longlisted for the International Dublin Literary Award
• "In part, this is a good-humored yearbook of the adventures and scandals among the all-girl school's precocious teenage charges, where the greatest peril to morality is the arrival of a male teacher with long blond hair. But soon the school, abetted by its hypocritical administrators (including those Belgian civilizers), becomes a petri dish for Hutu militancy, and normal adolescent pranks take on horrifying consequences. The novel's abrupt transition from a naïve coming-of-age story to a violent tragedy is jarring--though surely it doesn't even begin to convey the shock of the reality." - The Wall Street Journal
• "[Mukasonga's] deliciously limpid, melodious style makes Rwandan daily life vividly accessible ... Mukasonga expertly draws together all her threads and stories in climactic sequences to create a skillfully-orchestrated vision, both loving and fearful, of her beloved homeland ripped apart by vicious racial hatred." - Shelf Awareness
• "Our Lady of the Nile swept me up with its artful bitterness [...] [Our Lady of the Nile] is buoyed by its air of foreboding consequence that imparts urgency to almost every page." - Barnes & Noble Review

Born in Rwanda in 1956, Scholastique Mukasonga experienced from childhood the violence and humiliation of the ethnic conflicts that shook her country. In 1960, her family was displaced to the polluted and under-developed Bugesera district of Rwanda. Mukasonga was later forced to leave the school of social work in Butare and flee to Burundi. She settled in France in 1992, only two years before the brutal genocide of the Tutsi swept through Rwanda. In the aftermath, Mukasonga learned that 37 of her family members had been massacred. Twelve years later, Gallimard published her autobiographical account Inyenzi ou les Cafards, which marked Mukasonga's entry into literature. This was followed by the publication of La femme aux pieds nus in 2008 and L'Iguifou in 2010, both widely praised. Her first novel, Notre-Dame du Nil (Our Lady of the Nile), won the Ahamadou Kourouma prize and the Renaudot prize in 2012, as well as the Océans France Ô prize in 2013 and the French Voices Award in 2014, and was shortlisted for the 2016 International Dublin Literary award.
Loading...
or support indie stores by buying on