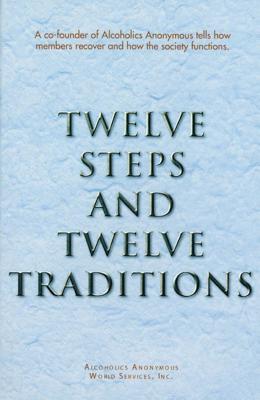 This basic text for AA members and groups around the world lays out the principles by which members recover and by which the fellowship functions.

Originally published in 1952, Twelve Steps and Twelve Traditions is the classic book used by AA members and groups around the world. It lays out the principles by which AA members recover and by which the fellowship functions. The basic text clarifies the Steps which constitute the AA way of life and the Traditions, by which AA maintains its unity.

These meditations were written for service members by service members. These people are serving—or have served—in the Army, Navy, Marine Corps, Coast Guard, Air Force, Reserves, Army National Guard, Air National Guard, or the Commissioned Corps of the NOAA and Public Health Services and are in recovery from alcoholism or addiction. We thank them for their sacrifice and service.
or support indie stores by buying on