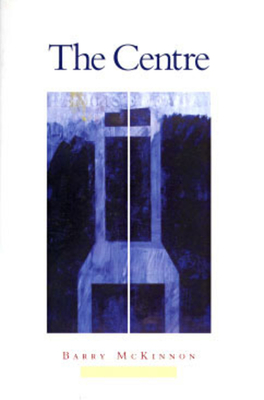 These poems span fifteen years of life in the northern industrial output of Prince George, BC. They portray family, friendship, sex, death, health, work, love and human hope as subjects of a harsh social, economic, and bureaucratic system that is itself trapped in its own contradictions and ironies. The Centre is McKinnon's first full-length book since Pulp Log, which won the BC Book Prize for poetry in 1991.

Barry McKinnon was born in Calgary, Alberta. He received his BA from Sir George Williams University, where he studied with Irving Layton, and his MA from the University of British Columbia. He currently is an English instructor at the College of New Caledonia in Prince George, BC. He has been widely published. 'The Centre' was short-listed for the Governor General's Award for poetry and 'Pulp Log' won the Dorothy Livesay Prize (BC Book Awards) for 1991.

Praise For The Centre…

"Not much happens in the eleven pieces collected in The Centre: Poems 1970-2000. Their author, Barry McKinnon, sometimes drinks beer in seedy stripper bars or coffee at Tim Horton’s, shops at Sears, drives his truck somewhere, cuts wood, paints his house, marks essays. The real action takes place inside his head, for the pieces collected here are all sequences and serial poems recording the play of their author’s consciousness, a brooding, often emotionally evocative play that makes pleasingly heavy weather of the clouded mind as it registers social and natural as well as psychological phenomena. Not quite a poet of negative capability, except for his habit of remaining broodingly happy in doubt, not quite a poet of the negative way, except for his habit of tracing the paths and particulars of diminishment, McKinnon is the traveller—the mental traveller—of the epigraph borrowed from Robert Creeley’s 'Poem for Beginners': 'it is the road / and its turnings that is the traveler, / that comes back and remains unexplained.'

'Somebodies walked in the woods,' McKinnon says in the opening line of the opening poem ('The North') of the opening sequence (The Death of a Lyric Poet)—and in the streets and in the malls too—and some of them, all named McKinnon, kept a partial record, taking the notes that make up the sequences of The Centre. Here is one example, from the same opening sequence, called 'In the Face of It No One Would Touch Her,' which records impressions of an afternoon in a stripper bar: 'the weight of it is, the afternoon disappears. / reality is a G string, the rest is imagination or' McKinnon’s own particular imaginings. These imaginings range, by free association, from the sordid and the pathetic to the poignant and the searching. The poem’s opening thought of cheap sex leads to the price of popcorn and chips, which leads to the price of beer, which leads to the matter of paying the band, whose singer has a terrible afro, which image leads back to the G string that started this chain of associations: 'or her pubic hair curled at the edge of a / G string // (she spreads her ass / & we laugh. all our teeth are / crooked. . . .' The parenthesis does not close, in the manner of Charles Olson, whose Maximusmode is here rejigged to suit a kind of minima moralia, perhaps to suggest an unfinished train of thought, the open-endedness of musing. In any case, this parenthetical turn takes us to the heart of the poem and McKinnon’s gift as a poet, for in the turn we register how as well as what McKinnon sees—not, or not only, the displayed crotch, but also the laughing mouths and the crooked teeth. The potential sentimentality or banality of the juxtaposed orifices disappears in the resonant detail of the crooked teeth. We know now who the onlookers are: a group marked by poverty and necessary indifference to cosmetic perfection, or, in another idiom, unmarked by shifts in social consciousness and advances in orthodontics.

At his best, which happens frequently if also irregularly throughout The Centre, McKinnon makes his particulars pay their way; they are not there for the free ride of local colour." — Canadian Literature