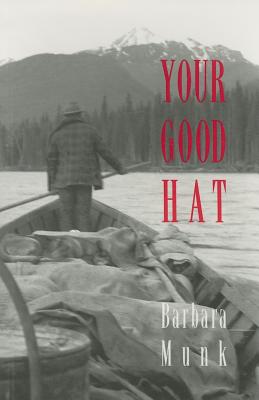 In this twenty-year retrospective of Barbara Munk's work, she pays close attention to the world around her: the man who rustles through garbage cans and dumpsters for his food, the undertaker who wants his ashes spread outside the Elks hall, a robin outside the window. And she invites the reader to look at the world in new ways.

While Munk's poetry is a sharp-eyed look at the moment, it is also concerned with the past and the future. She meditates on the life of her pioneering grandparents, and at the same time worries about the world her grandchildren will inherit. In a slow, measured voice with flashes of wit and humour, Munk considers her universe - remembering, imagining, observing, recording, never losing sight of the beauty and mystery that surround her.

Barbara Munk's mother was "one of the Huble girls," members of a distinguished northern BC pioneer family, and her father, Tom Corless, was a pioneering bush pilot. Born in 1935, Munk herself is a pioneer in that she was one of the first women of the North to leave home to attend university, one of the first women to work as a real estate agent in northern BC, and one of the few women who owns a real estate agency. For years she was a "closet poet," quietly working away and driving seventy miles - often treacherous ones - between Quesnel and Prince George in order to attend classes at the College of New Caledonia. She has published numerous poems and one chapbook, Riverboats, and her work has appeared in several anthologies, including Four Realities.

Barbara Munk was born in Prince George, BC and raised in Quesnel, BC. Her maternal grandparents were the Hubles, a pioneering family in the Prince George area. Munk grew up with the CBC and read everything she could get her hands on. She wrote secretly, hiding what she wrote. She credits Barry McKinnon and George Stanley for encouraging her to get her work into print.
or
Not Currently Available for Direct Purchase
Copyright © 2020 American Booksellers Association